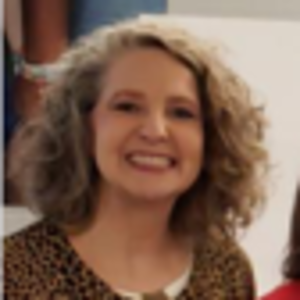 Growing up in a Republican household, party affiliation was an easy choice. Recently Katherine's sister reminded her that while in college at The University of Tennessee-Knoxville, she was an early supporter of Ronald Regan much to the displeasure of her parents. Having seen the abuse of our system and taxes, Katherine's GOP affiliation was solidified. She is a firm believer in showing up to vote even if it means voting for a candidate not 100% in agreement with. Prior to 2012, volunteering for elections
were not on Katherine's radar until dropping by the Republican headquarters to pick up signs and being asked to knock on doors.

In 2014 after an invitation to a Republican Women’s social, she became involved in placing signs during that season. The Presidential election in 2016 brought no question regarding Katherine's responsibility and the importance of hitting the streets.

Going forward, she has been committed to involvement in helping the right candidates. Katherine is thrilled to see all our Republican volunteers, especially young ones, taking part in making our government work more efficiently or to meet President Trump, Vice President and Second Lady Pence, and several Purple Heart recipients. She was invited to President Trump's election night party in NYC by the National Chairman of “Moms for Trump.” Katherine also serves as the Secretary of the NCGOP 12th Congressional District.

or
Please check your e-mail for a link to activate your account.